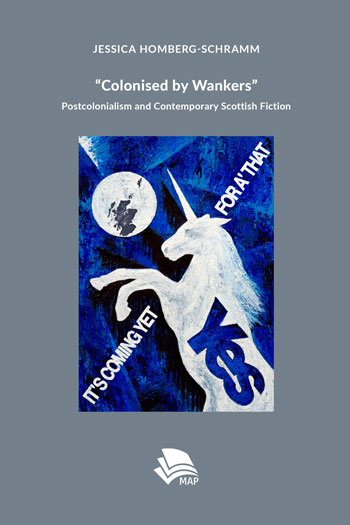 Has Scotland suffered from colonial oppression by England for the last 300 years? While historiography may give an answer in the negative, this study reveals that the contemporary Scottish novel is haunted by strong feelings, marked by perceptions of abjection and inferiorisation in response to constructing the English as dominating.Drawing from an unprecedented corpus of contemporary Scottish novels, this study explores the postcolonial in Scottish fiction in order to investigate the underlying discursive power relations that shape the Scottish literary imagination. The study consequently demonstrates that the analysis of Scottish national identity profits from this new angle of interpretation of the Scottish novel as postcolonial. The analysis of discourses such as those of gender, class, space and place, and race reveals how the construction of the Scottish as marginalised permeates the width of the contemporary Scottish novel, by referring to diverse examples, such as James Kelman’s How late it was, how late or genre fiction such as Ian Rankin’s Set in Darkness. Thus, this study provides an insightful reading in the wake of current political developments such as the Scottish independence referendum.